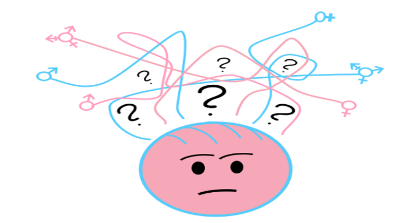 Talking to trans people: Ten Terms you need to Know

Many teachers, support staff, parents and carers are unsure about the right language to use regarding transgender people.

Do you worry about upsetting or offending trans people by using the wrong words? Or, do you avoid the subject because you feel uncertain? If so, read on…

Gender is your sense of being a man or woman. It’s also some other types of gender that don’t fit the man or woman category.

These tips explain ten key words that are handy for us all to know.

1. Transgender: This umbrella term describes someone who is not the same as (or who is not comfortable with) the sex they were assigned on their birth certificate.

2. Trans: A short version of the word ‘transgender’. Trans and transgender are often used interchangably.

3. Transman: I was assigned female at birth but now I identify and live as a man.

4. Trans woman: I was assigned male at birth but now I identify and live as a woman.

5. Non-binary: Non-binary people don’t feel male or female. They may:

6. Cisgender: This means anyone who isn’t transgender. If you see the word “cis”, it’s a shortened form of “cisgender” and, when you say it aloud, it sounds like the word “sis.”

7. Transitioning: This is the journey of changing from your sex assigned at birth. It can include a change of name, change of pronouns used, surgery, hormones and, eventually, seeking legal recognition of a person’s gender identity.

8. Deadnaming: When you call a trans person by their previous name (i..e. the name used before transitioning), this is deadnaming.

Deadnaming is hurtful: Use the person’s present name whenever possible.

9. Pronouns (he or she): Often, a trans person’s chosen name indicates their gender preference. For example, a trans person called Connor would typically be referred to as “he.”

It’s best to respect what the person prefers. This could include terms such as they, their or xe. If you are unsure, politely ask the person what their preferred pronouns are.

10. Outing: When someone exposes a person’s trans status.

This is not OK – the trans person should be able to decide who is told about their identity (with some exceptions).

Is transgender more common in males or females?

Historically, those assigned male at birth made up more of the referrals to gender identity clinics.

Is autism more common in the trans community?

Where can I get more info?

Genderbread is a visual way of understanding:

Get this page in an editable Word file to easily share with others.Download